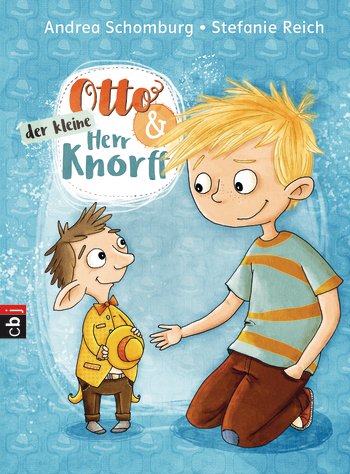 This heart-warming story for boys and girls about friendship, featuring fussy Mr Knorff and chaotic and cheeky Otto, focusses on something fundamental in the world of children: tidying up!

And it is not Mr Knorff who can do nothing but get up to mischief but Otto, while little Mr Knorff has to rescue him from all sorts of predicaments.
A dream has come true for Knobelius Knorff: he has left the wilds of Knorffia to try his luck in the human world. There, so he hopes, every place will be clean, tidied up and scented with his favourite flowery soap. There won’t be any Knorffs spending the whole day snoring and only interested
in disorder.
But when Mr Knorff arrives in the human world he cannot believe his eyes. This is to be his new home? At Otto’s it is even worse than in Knorffia!