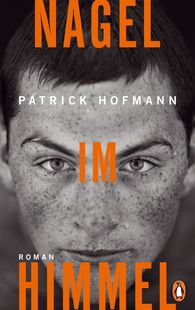 "The best novel in the year of Corona. Patrick Hofmann combines the elegance of mathematics with that of a great talent." - Freitag.de

A modern story of heroism: about the loneliness of being different and salvation through love

Numbers are Oliver’s refuge. His mother ran away from the small town in Saxony shortly after his birth in the summer of 1989, and his father couldn’t care less about him.

When he is seventeen, Oliver receives his first acclaim ever when is awarded a distinction at the Mathematical Olympiad in Montreal. After that, everything is different – but nothing is better. Sure, the most reputable companies want him to come and work for them, and he can make his biggest wish come true: to work on the big mathematical problem, the mystery of prime numbers. Yet this task drives him to the deepest depths of his very existence. Until physicist Ina rescues him from his loneliness.

“Nail in the Sky” tells the story of failure and success, dark and light, longing and love. It is a bildungsroman about brilliant science, ecstatic imagination and human greatness – astute, gripping and unforgettable.