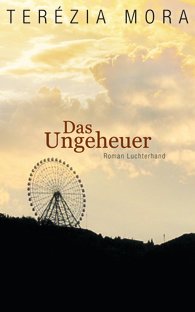 “There’s nothing special about such stories; they happen all the time: was once an engineer, lost his job, lost his wife, ended up on the streets.” A very ordinary fate, perhaps, but if it happens to you, you just cave in.

This is the position Darius Kopp is in, an IT specialist who first lost his job, then the great love of his life. For Flora, his wife, committed suicide, and ever since Darius has hardly been able to carry on. In the end, he gets into his car and travels first to Hungary, where Flora had grown up, and then just drives on and on. During his journey, he reads Flora’s secret diary he found after her death and discovers how monstrously vulnerable Flora’s life had always been – and that he hadn’t had a clue about any of it.

A man’s journey to look for the truth about his wife. About himself. And about this dark and monstrous world.