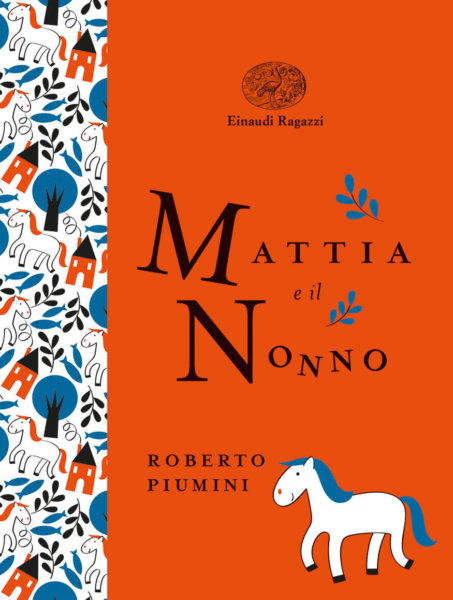 The bet of hope initiated by the author in Lo stralisco continues: here too a small and a large, exchanging proportions, walk together, talking, look at the world, and play the biggest game to the end, with rules of love.

“With the ball in hand, the grandfather disappeared among the sunflowers, while Mattia stood still with the end of the thread. Time passed, and Mattia, holding the thread tight, waited and looked at the sky. He saw ducks, clouds, a plane, swallows, butterflies, bumblebees pass by. Then he heard a cry far enough away: it was the grandfather. Then Mattia entered the sunflower forest, and began to wind the red thread, which stretched out clearly between the green stems and leaves. The ball of yarn became bigger and bigger in his hands, and the leaves of the sunflowers rustled, a little because of the wind, a little because of the passage of Mattia. Every now and then the thread changed direction, and Mattia followed it calmly, wrapping it slowly. And when the ball was bigger than the apple, Mattia came out of the sunflowers and saw his grandfather sitting on the grass, with the end of the thread in his hands, waiting.” 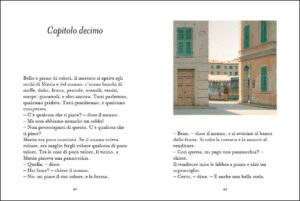 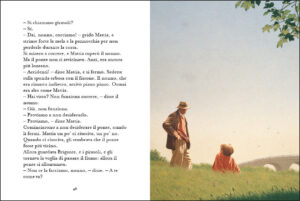 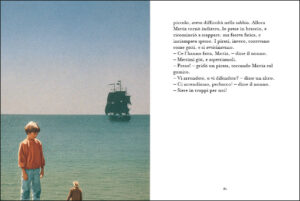