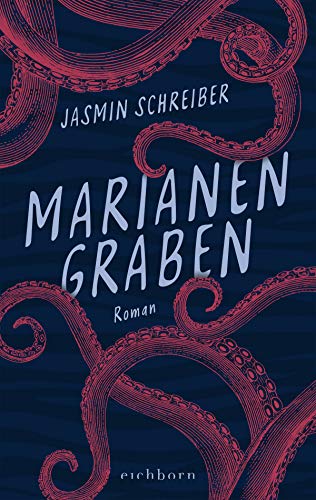 »Jasmin Schreiber writes in such a direct, human, immediate way about death, fear, loss, love, uncertainty, unhappiness and loneliness that by the end of the book, after reading the last line, I wanted only one thing: to live. This book is a gift.« - Igor Levit, Pianist

»This story is an experiment: about the attempt to drive fast enough to leave grief behind.« - Julia Bähr, Editor of FAZ Feuilleton

Paula never used to need much in life: just her flat, enough money for food, and her little brother
Tim, whom she loved more than anything in the world. Tim was always making plans, always
wanting to be off on an adventure. He wanted to fly and swim and run and dive. Tim the fish, Tim
who loved the sea and who, two years ago, drowned in it.

That was the moment Paula lost control of her previously well-organised life. She has always struggled with closeness and distance. The only person she ever felt emotionally close to was Tim – and when he drowned in the ocean, he pulled her down with him into the Mariana Trench.

The diagnosis: severe depression; a daily routine that used to be a life but is now nothing more than an existence.
Until, that is, Paula meets an eccentric old man called Helmut and rediscovers the will to live.

Eventually she sets off with him on an adventurous journey, driving to the Alps in a camper van. In
this confined space, two people who couldn’t be more different learn to negotiate closeness and
distance in a way they have never done before. Paula gradually re-emerges from the Mariana
Trench. And in the end, when she finally feels as though the worst is over, she realises she hasn’t
got to know Helmut quite as well over the course of their trip as she might have imagined.

A novel about dying – but above all about surviving