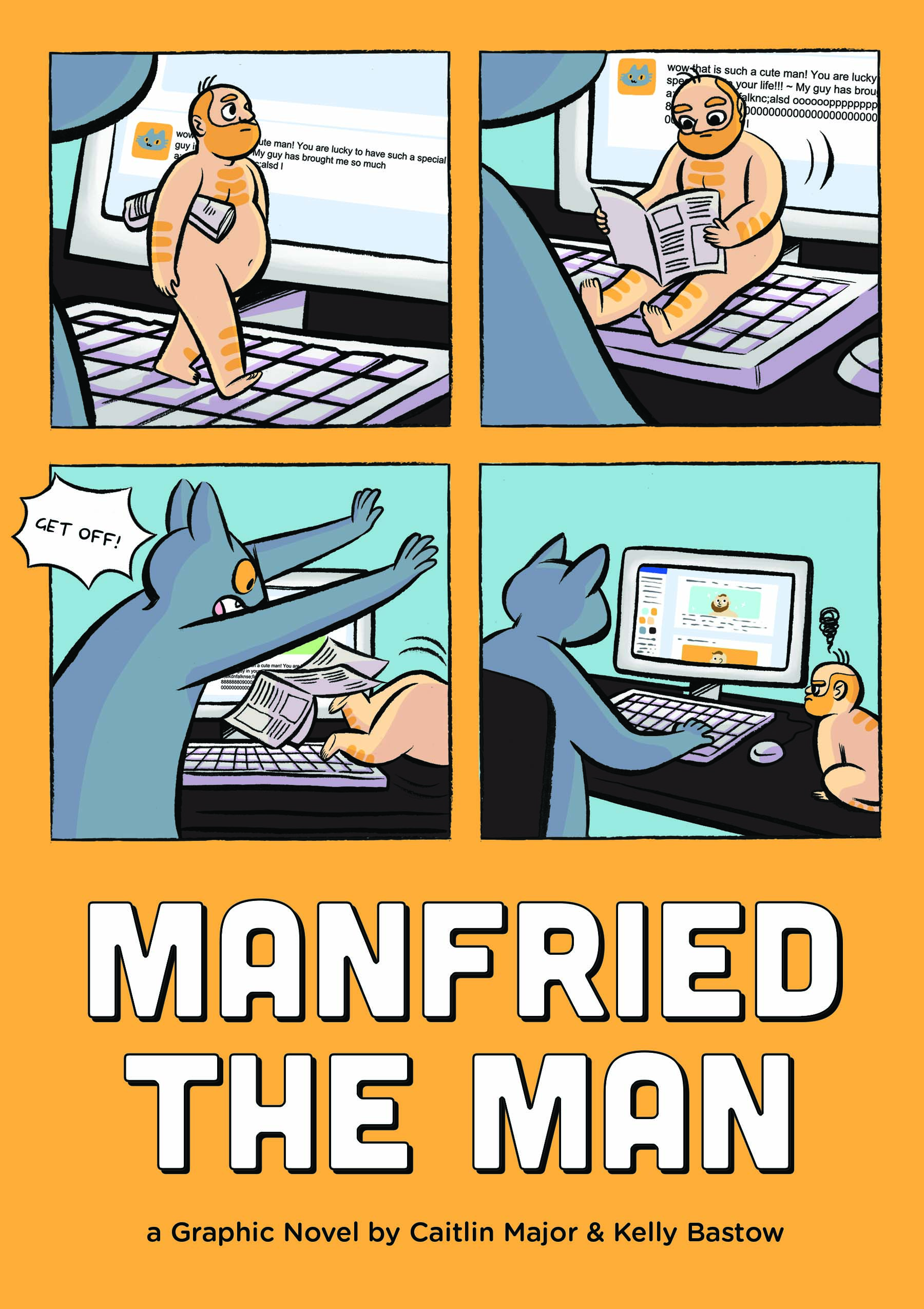 It's a Garfield comic strip in reverse!

Welcome to the world of Manfried the Man, where humanlike felines are in charge and it’s cute little humans who are kept as pets! Manfried, a stray man taken in by Steve Catson, drives his owner crazy with his weird human behavior. But when Manfried runs away, Steve suddenly loses the one constant in his life, forcing him to muster his meager resources to find his best friend and bring him home safe. By the time they’re reunited, Steve and Manfried have learned they’re capable of greater things.

Based on the hilarious and popular web comic (ManfriedTheMan.tumblr.com), Manfried the Man is an all-new book-length story that flips the usual cat/human relationship on its head but retains a sweet friendship at its heart.