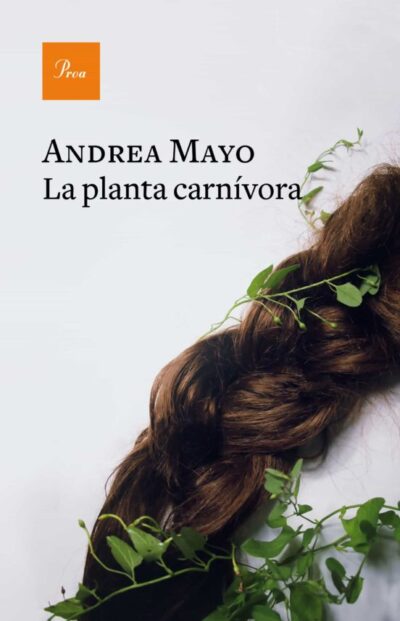 How do you know, when you approach a person that you still don’t know much about, what kind of secrets their psychology keeps? How can you guess, when you walk through the forest, if someone has set a trap? What does a carnivorous plant have that others don’t? How can we identify it? How do we avoid being eaten?

Andrea Mayo uses the metaphor of the carnivorous plant in this powerful novel to talk about mistreatment, abuse, and lack of limits.

When the main painter in this story realizes the true nature of her relationship with the executive she has agreed to marry, it is too late. The annulment process has begun and it seems unstoppable.

“That wouldn’t happen to me,” the first to hear his story tell him. The protagonist replies: “I was among you, before, in the group that despises the weak. In which it considers them guilty. Accomplices. You have no idea what the fear of someone persecuting you is. had to change his name, country, language “.

What is the mechanism to survive a situation like this? What is the system to escape? How to overcome fear, shame, vertigo, pain?

The carnivorous plant is an intense and overwhelming novel, the story of a toxic love told in the first person and with short chapters, called all 1, with the intention of marking the inability to move forward, the circularity that always leads to the same point, as in a maze with no way out. Every day is the same in hell that leads the protagonist to the brink of death.

The carnivorous plant is a nightmare, it is a complaint. The narration of a siege and a decision in favor of life.