How an aging country is fighting for its future 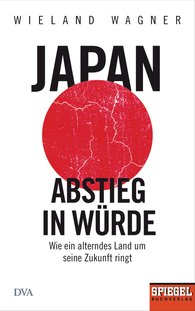 How an aging country is fighting for its future

What happens when an entire country retires

Since the 1990s the Japanese economy, once regarded as invincible, has been caught in a downwards spiral. And the process is all the more dramatic because the country’s population is aging faster than that of most other nations: in the last five years the country has lost just under one million people and it is as if whole rural regions are dying out.

The example of Japan shows what happens when a country reaches the limits of growth and shuts its eyes to far-reaching reforms – especially when it comes to systematically opening industry to women and immigrants.

In his book, Wieland Wagner, Spiegel Asia correspondent, has impressively described how decades of stagnation have changed the daily lives of the people and which lessons other countries should learn from this example of when a prosperous nation ages.