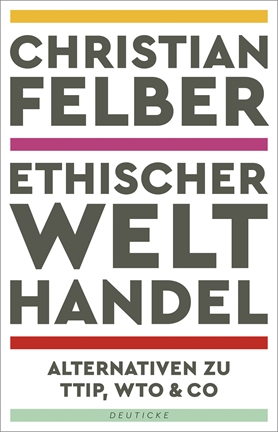 In his new book, the founder of the Economy for the Common Good movement debunks the myths of the »free trade religion« and proposes a complete alternative to it, as well as to the other extreme of protectionism. Trade is consistently regarded as an agent that serves the real goals of politics.

Felber argues that there should be fewer barriers for countries and companies who make a contribution to human rights, sustainable development, fair distribution of wealth, cultural diversity or meaningful jobs. And trade barriers for those who disregard human rights, are climate offenders or who exploit others.