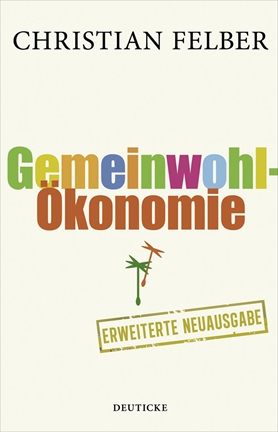 Like capitalism, Felber’s Welfare Economy is based on private enterprise and individual initiative, but instead of competing with each other for financial gain, companies work together in co-operation with the goal of achieving the greatest possible common good.

The most successful companies – in other words those that act in accordance with the core principles of social responsibility, respect for the environment, democracy and co-operation – receive legal advantages. Because the model is being developed in an open and democratic manner, it has expanded and progressed considerably over the past months.

The Economy for the Common Good Sheet has been augmented by over one hundred trailblazing companies; twelve action groups have been formed in Germany, Austria and Italy, and numerous regional groups have evolved a common strategy for the next five years.