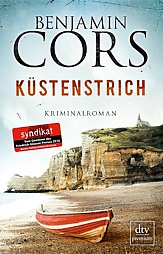 Nicolas has rehabilitated himself as a bodyguard. He is now in the employ of a wealthy aristocrat in Normandy who has been receiving threatening letters for some time.
Meanwhile, in Deauville, police find the murdered body of an under-age prostitute. Among her possessions they discover a telephone number which turns out to belong to a dead man Nicolas has just pulled from the Thames in London. In the course of the investigation Nicolas finds him-self immersed in a shadow world of illegal immigration and forced prostitution.
While all this is going on, Nicolas is continuing the search for his girl-friend Julie, who disappeared three years ago. Will he find her at long last?