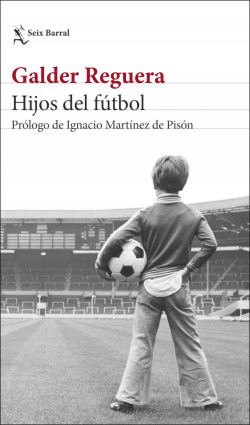 A classic of soccer literature. A love letter from a father to his children.

“Children of Soccer” is the story of an overflowing passion, that of a father who is a fan, who fears that he is infecting his children with the incurable virus that his grandfather transmitted to him, and a reflection on the globalization of soccer, its values ​​and its shadows .

Written as a diary, its pages recount the vibrant and emotional story of an individual assailed by existential doubts when he discovers that his eldest son’s world is increasingly conditioned by a ball and colors.

The reader, meanwhile, remembers his childhood dreams of impossible goals, the games in the schoolyard alternate with visions of the stadium as an adult, and the names of soccer players are mixed with those of writers who have contributed to fueling the passion.

After making critics and the public fall in love with “Libro de familia”, Seix Barral recovers the first and unforgettable book by Galder Reguera in a new version revised and corrected by the author, and with an epilogue written in 2022 dedicated to his children, who today have become everything his father feared: crazy about football.