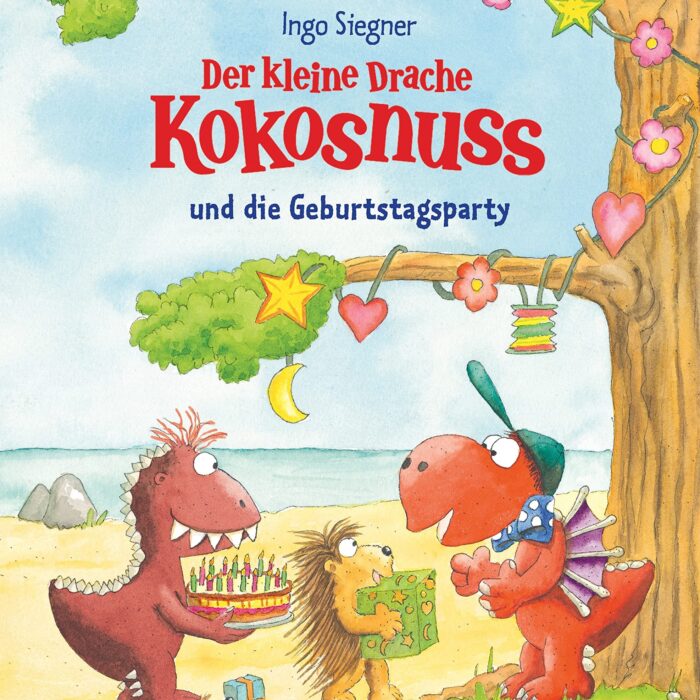 Over Twenty years ago, Ingo Siegner wrote and illustrated a collection of stories as a birthday present for a young boy who lived in his neighborhood. The collection included a tale about a funny, friendly dragon called Coconut; a character Siegner couldn’t get out of his mind.

So, Siegner made a copy of the story along with the illustrations and they ended up on the desk of a literary agent, who was just as taken with the Little Dragon Coconut as the young boy had been!

It wasn’t long before Coconut found his way to cbj publishing house where the whirlwind journey of the last twenty years really began.

Since then, over 15 million copies of the series have been sold in Germany, there have been 2 cinema films, and a TV series, starring our favourite little dragon, not to mention the countless products.

Today, Little Dragon Coconut, is a beloved character in half of the globe!

The series is succesfully published in Spanish and Catalan at La Galera. In Brazil its publisher is Companhia das Letras.