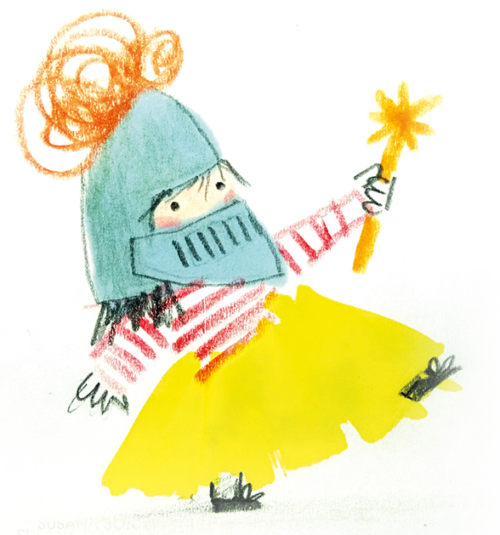 Susana Soto is a creator of visual and plastic arts. In 1995 she graduated in Fine Arts at the University of Barcelona.

She began working as a graphic designer and art director in an advertising agency and later in a design studio.

She also teaches graphic design in a higher design school in Barcelona.

At the same time, her interest in illustration continues to grow and in 2006 she completes a postgraduate degree in Children’s Illustration at EINA, followed by courses and workshops on engraving, serigraphy, patterns and illustration.

It is in 2015 when she embarks on the path of illustration. Since then she has worked as an illustrator for publishers and the advertising sector.

She was the winner of the 3rd RAIMA illustration contest (Barcelona 1998), and of the VII Edition of Visual Awards, for book design and cover design.

She lives and works as an illustrator in her hometown, Barcelona.