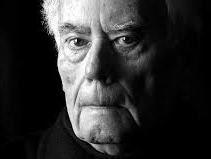 Joan Perucho obtained his law degree and soon afterwards began to practise law. Apart from theatre, he worked in all literary genres, poetry, poetic prose, the short story, the novel, journalistic articles, as an art critic, travel books and memoirs.

He defined himself as “a man of letters” rather than as a novelist. His work has a special imaginative character, its myths placing it in the sphere of fantastic literature, while his perspective is agnostic and ironic. In both his narrative work and journalistic articles he often built on a fictional basis, revealing himself as an erudite writer frequently addressing a cultured audience, with multiple references to art, far-flung places, gastronomy, perfumes . . .

He first became known with a collection of poems Sota la sang (Under the Blood) (1947) and in 1956 his first story in the fantastic vein, Amb tècnica de Lovecraft (With Lovecraft’s Technique) appeared, this being followed, in 1957, by his first novel Llibre de Cavalleries (The Book of Chivalry). In the 1980s a successful new edition of his novel Les històries naturals (Natural History) (1960) led to its translation into a number of languages, while he also published two new novels, Les aventures del cavaller Kosmas (The Adventures of the Knight Kosmas) (1981) and Pamela (1983). He had a valuable and singular library containing first editions and collectors’ items.

He received the National Critics’ prize (1981), the Catalan National Prize for Literature (1996), the Creu de Sant Jordi (2001) and the Premio Nacional de las Letras (2002). He was a member and Honorary Member of the Associació d’Escriptors en Llengua Catalana (Association of Catalan Language Writers).

Joan Perucho died in 2003 in Barcelona. 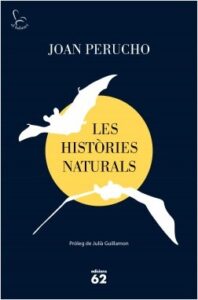 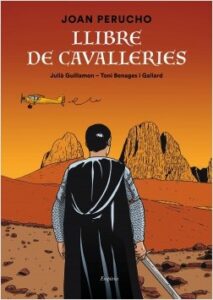