Professor Tim Flannery is one of the world’s leading scientists, explorers and conservationists, and a New York Times bestselling author. He has held positions in renowned institutions across Australia and internationally, including Director of the South Australian Museum, Visiting Chair in Australian Studies at Harvard University and Distinguished Research Fellow at the Australian Museum.  He has published more than thirty books, including the award-winning Here on Earth  (2010), The Weather Makers (2005) and Atmosphere of Hope (2015). He is a frequent presenter on ABC Radio, NPR and the BBC, and has also written and presented several series on the Documentary Channel.

Flannery is one of the world’s foremost speakers on climate change. His advocacy on two issues in particular, population levels and carbon emissions, culminated in being named Australian of the Year (2007) at a time when environmental issues were becoming more prominent in public debate. Explore Your World: Weird, Wild, Amazig! (Hardie Grant, November 2019) is his first book for children.

Sir David Attenborough described Tim Flannery as being ‘in the league of the all-time great explorers like Dr David Livingstone’, and this book is packed with personal anecdotes from Tim’s many adventures around the globe. He’s wrestled pythons, been bitten by scorpions, swum with sharks and discovered countless new species – and he tells readers all the details. 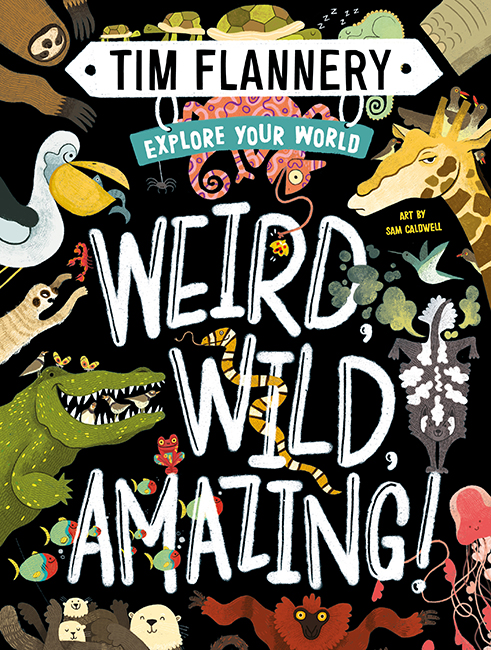