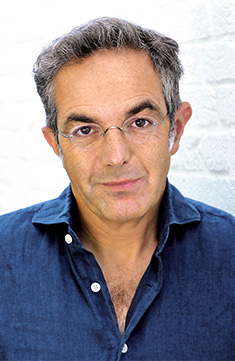 Navid Kermani was born in 1967 in Siegen, and now lives and works as a freelance writer in Cologne. After completing school, he studied Orientalism, Philosophy, and Theater in Cologne, Cairo, and Bonn, where he received the post-doctoral degree(“Habilitation”).

He is a member of the German Academy for Language and Poetry and the Academy of Sciences in Hamburg.

For his literary and academic work he was awarded numerous prices, inluding the Buber-Rosenzweig Medal, the Hannah-Arendt-Price, the Kleist-Price, the Joseph-Breitbach-Preis and the Peace Prize..

On May, 23rd, 2014, he gave the keynote speach on the 65th anniversary of the German constitution in the Bundestag.

His literary books are published by Carl Hanser Verlag, his academic and non-fictional works by C. H. Beck, both Munich.

Navid Kermani has both the Iranian and the German citizenship. 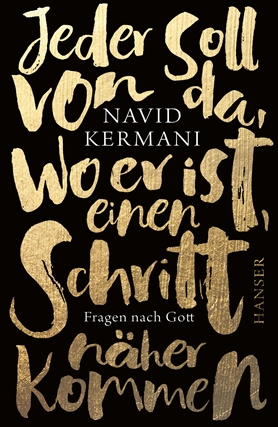 Come a little closer, all of you, wherever you are