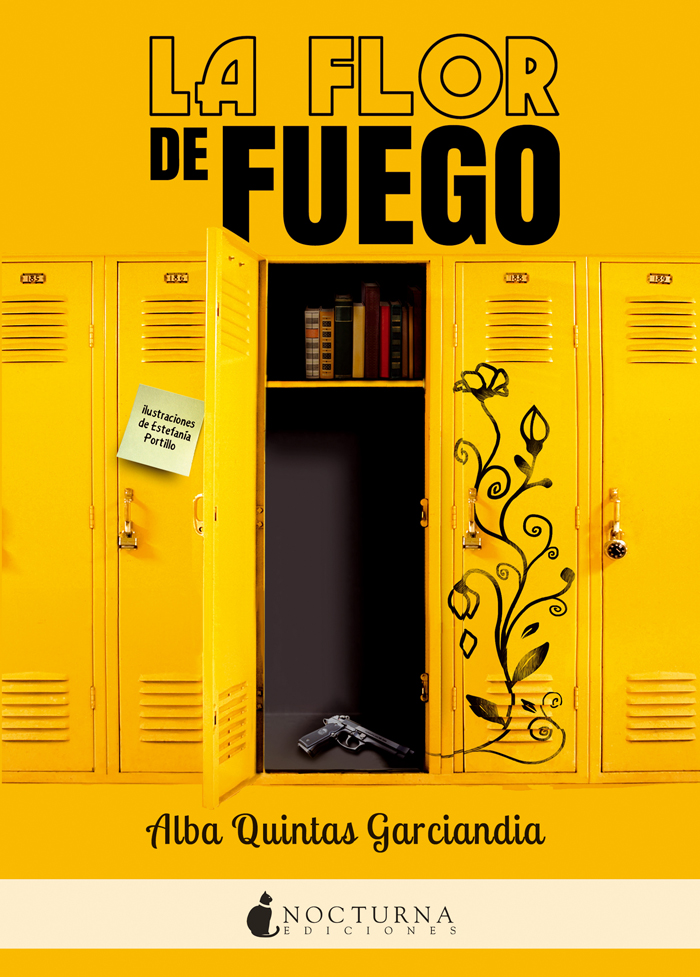 «A breakthrough reading and necessary.»  -  Andrea Izquierdo, author of 'Autumn in London'

«Alba Quintas is a force of nature, a true (and rare) specimen of letters, a volcano that is just releasing all the lava inside. This novel proves it. Demolishing, just as its energy. »  -  Jordi Sierra i Fabra

«An exciting and amazing story that triggers social criticism and pacifist desires. A must read. » -  Iria G. Parente, author of 'Dreams of Stone'

«This novel is the testimony that peace and justice can be found even in the most cruel of horrors.»  - Andrea Tomé, author of 'Corazón de mariposa'

Noone knows what is going on at highschool. Students and teachers running all over the place, trying to get out. And then these noises of something that sounds like shots… But that cannot be possible, can it it?

A girl out in the street assures that she has seen them getting in and yes, they had guns. Another student shivers, hidden in the library, after witnessing a scene he will never ever forget. And John…

Where is John? And why is he running right towards the sound of the shots while everyone else is trying to escape them?

Maybe he wants to tell about it. Because this is John’s story. And John’s story is the story of Columbine.

Or maybe it is not so much…